“Sanctify yourself and you will sanctify society.” - St Francis of Assisi 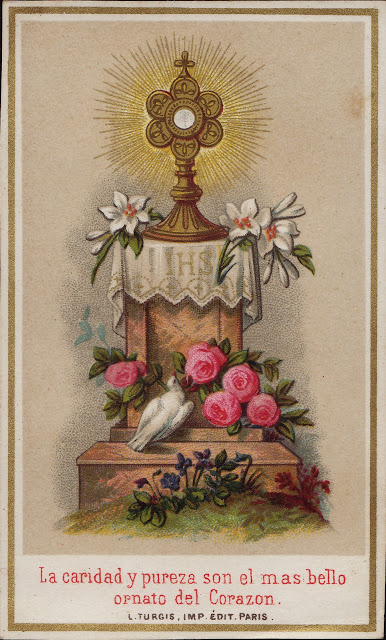 
St. Francis Xavier often spent whole hours during the day and into the night before Jesus in the Most Blessed Sacrament, Who gave Him the grace and the strength to lead so many souls to Christ. His devotion to Our Eucharistic Lord was so great that Fr. Stefano Manelli, O.F.M. writes in his book, Jesus, Our Eucharistic Lord:

"St Francis Xavier sailed the seas ... To spread the word of God ... Among the unenlightened souls ... On strange and distant sod ... From Spain and Portugal he went ... To heathen Hindustan ... To Travancore and to Ceylon ... Malacca and Japan .. He preached the gospel fervently ... And thousands were baptized ... And though his task was perilous ... He never compromised ... He hoped to teach in China too ... But when he reached that shore ... His strength was ebbed by fever, and ... He could go on no more ... And there in 1552 ... St. Francis passed away ... And many are the miracles  ... Ascribed to him today."