"I am writing to all the Churches and I enjoin all, that I am dying willingly for God's sake, if only you do not prevent it. I beg you, do not do me an untimely kindness.


The only thing I ask of you is to allow me to offer the libation of my blood to God. 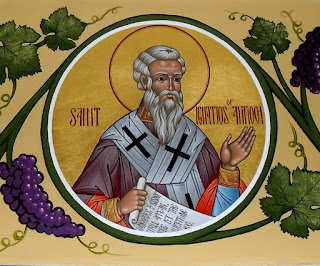