..for our gospel came to you not only in word,
but also in power and in the Holy Spirit
and with full conviction. - I Thes 1:5a 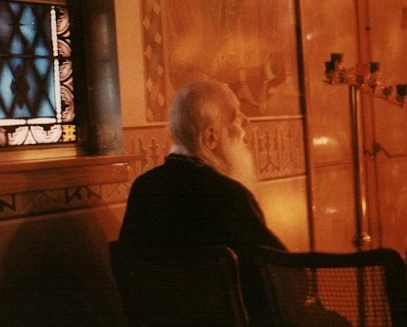 "The single greatest need in the world today
is the practice of prayer
before the Blessed Sacrament.
How can we say this? Logically!
We have seen that the conversion of our country
calls for an outpouring of marvelous power from God.
Christ promised to move mountains
at the words of a person who believes.
We conclude: there is no greater profession of faith
than during prayer before the Holy Eucharist.
Why should prayer before
Christ in the Eucharist be so potent
in  obtaining miracles of conversion?
Because it is prayer that is animated by extraordinary faith. ...
There is no miracle too great, and no miracle is greater
than the conversion of sinners—provided we believe.
That is why we can say
and say with complete security;
the single most powerful means on earth
for the conversion of America
is for Catholic Americans to mobilize a crusade of prayer
before the Eucharist for the conversion of our nation."
From The Conversion of America Through the Eucharist -
Fr. John A. Hardon, S.J. (1998)
(Undoubtedly applicable to every nation! - Ed.) 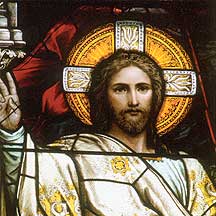 FEAST* of the CONVERSION of ST PAUL
January 25
*This feast is at the conclusion of the Week of Prayer for Christian Unity, an international Christian ecumenical observance that began in 1908, which is an octave (eight day observance) spanning from January 18 (Confession of Peter) to January 25.
"Being converted is simply meeting yourself for the purpose of going to the very end of your being. Conversion means a willingness to see the truth of things and conform one's conduct to it" (A. Serillanges). In the Voice and the Light that Saul encounters on the road, he sees the truth of things and willingly conforms himself to Jesus Christ.  "That dear preacher Paul ... was a wolf, but he became a lamb, a gracious vessel of love - and the fire with which Christ filled his vessel he carried through the whole world" (St Catherine of Siena).  "It is clear that Paul wholly fled from himself and cast out all his own will, and that his will was active only in relation to Christ.  Since with Christ there was nothing undesirable or repugnant to his will, it follows that his was a wondrous pleasure which was always present and with which he always lived" (Nicholas Cabasilas). Excerpt from Magnificat, Vol 20, No 11, January 2019 (pg 353). 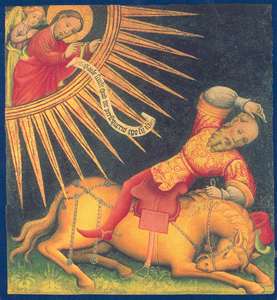 "May the Lord help us to put into practice
the exhortation left to us by the Apostle in his letters:
Be imitators of me, as I am of Christ." -
Pope Benedict XVI
(As noted in Magnificat, Vol 22, No 11, January 2021)
___________________
Click here: Conversion of St. Paul - YouTube
Click here: 8 Things You Need to Know About St. Paul and His Conversion |Blogs | NCRegister.com
St Paul, pray for our
continued conversion!
Posted by Janette at 4:45 AM