Praise is fitting for loyal hearts...

Ring out your joy to the Lord, O you just;
for praise is fitting for loyal hearts. - Psalm 33:1 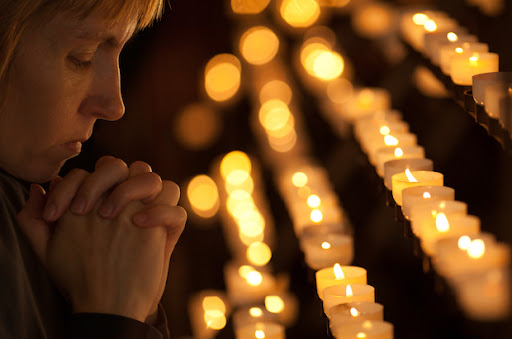 FEAST of the First Roman Martyrs ~ JUNE 30
The First Martyrs of the Church of Rome were Christians martyred
in Rome during Nero's persecution in the year 64.

“This dreadful conflagration continued nine days; when Nero, finding that his conduct was greatly blamed, and a severe odium cast upon him, determined to lay the whole upon the Christians, at once to excuse himself and have an opportunity of glutting his sight with new cruelties. This was the occasion of the first persecution ...
Nero even refined upon cruelty, and contrived all manner of punishments for them that the most infernal imagination could design.  In particular, he had some sewed up in the skins of wild beasts, and then worried by dogs till they expired; and others dressed in shirts made stiff with wax, fixed to axle-trees, and set on fire in his gardens in order to illuminate them.  This persecution was general throughout the whole Roman empire; but it rather increased than diminished the spirit of Christianity."
A. Wright
A History of the Principal
and Most Distinguished Martyrs

The First Holy Martyrs of the Roman Church - YouTube 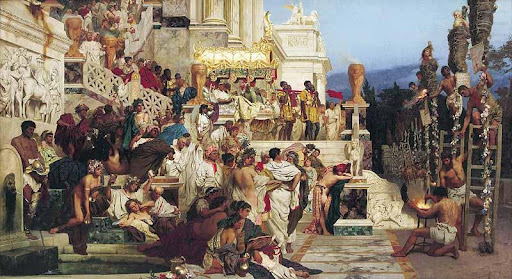 Torches of Nero ~ Henryk Siemiradzki
Holy Martyrs of Rome, pray for us! 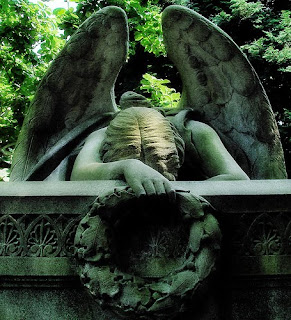