“This is the Lamb of God Who takes away the sins of the world.
Happy are those who are called to His supper." 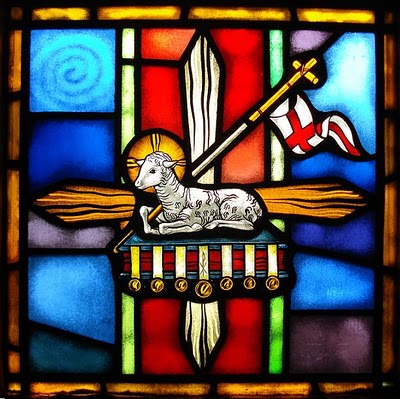 “…I have seen priests pass up breakfast and work hard labor on an empty stomach until noon in order to keep the Eucharistic fast, because the noon break at the work site was the time we could best get together for a hidden Mass… sometimes, when the guards were observing us too closely and we couldn't risk saying Mass at the work site, the crusts of bread I had put in my pocket at breakfast remained there uneaten until I could get back to camp and say Mass at night. … I have seen priests and prisoners deprive their bodies of needed sleep in order to get up before the rising bell for a secret Mass in a quiet barracks. … In some ways, we led a catacomb existence with our Masses.  We would be severely punished if we were discovered saying Mass, and there were always informers.  But the Mass to us was always worth the danger and the sacrifice; we treasured it, we looked forward to it, we would do almost anything in order to say or to attend a Mass.”