"They will live with Christ in heaven, who lived on earth
according to the words and ways of Christ." - St Nicetas of Remesiana

"How can I explain to you the sweet grace of the Holy Spirit, which invades my poor miner's soul with such heavenly joys? I could not keep back tears on the day of my ordination, above all at the moment when I pronounced, together with the bishop, the words of the consecration. After the ceremony the new priests gave their first blessing to their parents. I went to my room, laid out all the photographs of my family on the table, and then blessed them from the bottom of my heart." ~ Bl Miguel Pro

Bl Miguel Pro, pray for us!
MORE on Bl Miguel Pro...
In the 1920s the churches in  were closed and priests went into hiding. Fr Pro spent the rest of his life in a secret ministry to the sturdy Mexican Catholics. In addition to fulfilling their spiritual needs, he also carried out the works of mercy by assisting the poor in  with their temporal needs. He adopted many interesting disguises in carrying out his secret ministry. He would come in the middle of the night dressed as a beggar to baptize infants, bless marriages and celebrate  He would appear in jail dressed as a police officer to bring Holy Viaticum to condemned Catholics. When going to fashionable neighborhoods to procure for the poor, he would show up at the doorstep dressed as a fashionable businessman with a fresh flower on his lapel. His many exploits could rival those of the most daring spies. In all that he did, however, Fr. Pro remained obedient to his superiors and was filled with the joy of serving Christ, his King.
Falsely accused in the bombing attempt on a former Mexican president, Miguel became a wanted man. Betrayed to the police, he was sentenced to death without the benefit of any legal process.
At the time of the killing,  was under the rule of the fiercely anti-clerical and anti-Catholic President Plutarco Elías Calles who had begun what writer Graham Greene called the "fiercest persecution of religion anywhere since the reign of ."
On the day of his execution, as Fr. Pro walked from his cell to the courtyard and the firing squad, he blessed the soldiers, knelt and briefly prayed quietly. Declining a blindfold, he faced his executioners with a crucifix in one hand and a rosary in the other and held his arms out in imitation of the crucified Christ and shouted out, "May God have mercy on you! May God bless you! Lord, Thou knowest that I am innocent! With all my heart I forgive my enemies!" Before the firing squad were ordered to shoot, Pro raised his arms in imitation of Christ and shouted the defiant cry of the Cristeros, "Viva Cristo Rey!" -"Long live Christ the King!" When the initial shots of the firing squad failed to kill him, a soldier shot him point blank.
Calles had the execution meticulously photographed, and the newspapers throughout the country carried them on the front page the following day. Presumably, Calles thought that the sight of the pictures would frighten the Cristero rebels who were fighting against his troops, particularly in the state of Jalisco. However, they had the opposite effect. The Cristeros became more animated and fought with renewed enthusiasm, many of them carrying the newspaper photo of Pro before the firing squad.

Miguel Pro's last request prior to execution was to be allowed to kneel and pray.


Pro himself refused a blindfold.  A Crucifix in the right hand, a rosary in the other.

He blessed and forgave the firing squad.
November 24, 1927, at the front of the Jesuit church of the Holy Family, a multitude accompanied the remains of Father Pro.  Father Mendez Medina cried out, "Make way for the martyrs of Christ the King!" Although Calles had forbidden any public demonstration, the people acted in open defiance. Never had the city seen such an enormous turnout for a funeral. As the martyrs' caskets left the house, a great and unanimous cry soared from the hearts and mouths of thousands:.. "¡Viva Cristo Rey!" Thousands thronged the streets and balconies, throwing flowers, praying the rosary and singing. It was a triumph - a glorious witness to the heroism of martyrs for Christ the King.

Blessed Thanksgiving Day!
I will thank you, Lord, with all my heart ... Psalm 138:1a 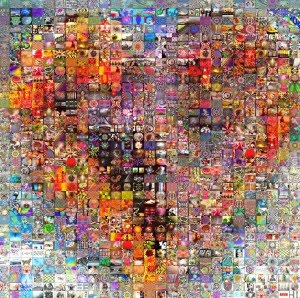 Gratitude ... goes beyond the "mine" and "thine" and claims the truth that all of life is a pure gift. In the past I always thought of gratitude as a spontaneous response to the awareness of gifts received, but now I realize that gratitude can also be lived as a discipline. The discipline of gratitude is the explicit effort to acknowledge that all I am and have is given to me as a gift of love, a gift to be celebrated with joy. ~ Fr Henri J. M. Nouwen

As Catholics, our Eucharistic life
(Eucharistia means thanksgiving)
is literally one of Thanks-living!

Consider a gift of gratitude to our Lord through a
daily HOLY HOUR and/or HOLY MASS
during the upcoming season of ADVENT!

"God has two dwelling places:
One in heaven and the other
in a grateful heart."  ~ Izaak Walton
Posted by Janette at 4:45 AM